Maureen Murphy on living a full life with Alzheimer's

This is the story of Maureen Murphy's fight against early-onset Alzheimer's disease, her participation in research to help find an effective treatment and her determination to live life to the fullest, as told in her own words and by her sister, Kathleen.

Since I received my diagnosis of early-onset Alzheimer’s in August of 2019, Kathleen and the rest of my siblings have really been there for me. I had to leave a job I loved, teaching business and computer programming at Juanita Sanchez High School in Providence. When I first started teaching, it was on the old-time computers with a floppy disk! I loved every moment of it – I loved the kids, I loved everything about it. 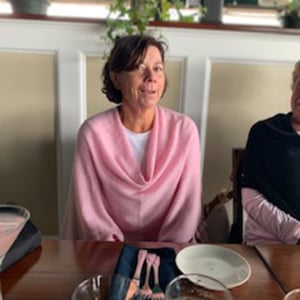 When I got the diagnosis at only 58, it was a complete surprise. We have no one in our family who’s had Alzheimer’s and I’ve since learned that my case is not hereditary.

It was Kathleen that first noticed the symptoms. She’s my go-to person, she really takes care of me. She makes sure that I make it to all my appointments and engagements, and just keeps track of everything.” 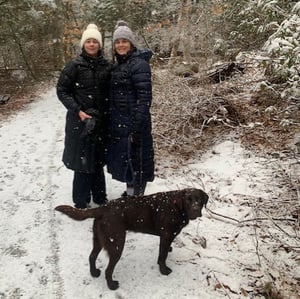 “Since she was a computer programming teacher, Maureen had taught myself and our other three siblings about computers over the years – she’d always been really smart and sharp. So when she told me she was having trouble signing in to her bank account I thought, ‘Well, that’s strange.’

We’re really close – we talk a million times a day – so when I also started to notice little things like her forgetting how to handle her finances and business, that was a real red flag for me. I said, ‘Let’s just talk to your doctor about it.’ I thought perhaps she had a vitamin deficiency or a thyroid problem. It definitely never crossed either of our minds that it could be Alzheimer’s.

Luckily, her primary care doctor was really on top of it, and just phenomenal. Maureen had her first appointment in June, 2019. Her doctor got her in for a neuropsychology evaluation right away, and she was diagnosed with early-onset Alzheimer’s by August. By December, she was already enrolled in a clinical trial of an investigational drug for the treatment of Alzheimer’s at the Memory and Aging Program.

Maureen’s diagnosis was of course devastating in the beginning. When she first got the diagnosis, I remember she was crying, I was crying – her doctor was even a bit teary-eyed. But it didn’t take long for Maureen to move on from that. She’s been going at this disease head-on from the start.”

“My advice to anyone who gets a diagnosis of Alzheimer’s, like I did, is to just cry it out, get it all out, but then be positive, because you could have a lot more years to go. You could participate in research like I am, and who knows what will come of it – you could go on to live a long time. So look on the bright side and move forward.

After my diagnosis, with Kathleen’s help, I made the decision to leave my job and enter retirement early. I miss the classroom and ‘my kids,’ but I still stay in touch with them. And when the stress of working was taken away, it was like the world was lifted off my shoulders.

’m still very independent – handling finances is really the only area of life where I need help, and Kathleen does that for me. But I still live on my own, I can still drive and do my own shopping. I can travel, and take classes. I go for walks quite a bit, to get in exercise and some socializing, which are important for keeping your mind sharp and fighting this disease. And I probably talk to people more now than I ever did before. Most people I talk to when I’m walking, they have no idea –nobody knows unless I tell them, and then I make a joke out of it to help put them at ease. And if people don’t know I have it, that’s like a compliment. But I would also be the first one to stand up and say I have it and it’s OK, I’m OK with it, I’m still walking and talking – I’m not laying down doing nothing. I’m looking forward to traveling when COVID calms down. I have a boyfriend in Florida I’d like to visit, and I’d like to go to Europe. Myself and all my brothers and sisters are looking at going to Bermuda for my 60th birthday. But I don’t even feel 60!”

“Really, one of the only downsides that Maureen is experiencing due to Alzheimer’s right now is that she second-guesses herself and she doesn’t need to, she’s doing great. Although she doesn’t know if she’s actually getting the experimental medication or a placebo through the clinical trial she’s participating in, we both feel that she’s getting the actual drug, just because she’s doing so fabulous.

I think her positive attitude helps a lot, and the people doing the study at the Memory and Aging Program are so accommodating and wonderful. Participating in research was never even a question for her, knew she wanted to be a part of the future and helping – as long as she’s been alive she’s wanted to help.

We’re hoping that this medication is going to be something that can stop the disease right where it is for her. But either way she’s helping – if it doesn’t help her, it will help the future. And she wanted to give back more than anything else.” 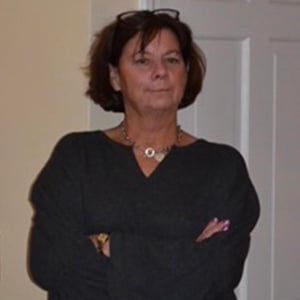 “I would say just be positive. If anybody out there gets this diagnosis like I did, I would say it’s not the end. And get rid of the stress. If you can take away your stress, then you can just really enjoy life. I choose to just take one step at a time, do what I need to do, and live my life. And my family is phenomenal. I really think that I was the winner. I just want people to understand that an Alzheimer’s diagnosis does not have to mean the end.”

To learn more about the Memory and Aging Program and enrolling research studies focused on Alzheimer’s prevention and treatment, visit www.butler.org/memory or join Butler’s Prevention registry at butler.org/AlzRegistry to see if you qualify for any enrolling studies.