Two researchers at the Memory and Aging Program at Butler Hospital were recently awarded  research grants from the National Institute on Aging (NIA), which is part of the National Institutes of Health (NIH). All three studies are aimed at developing or refining methods for early detection of Alzheimer’s Disease (AD). 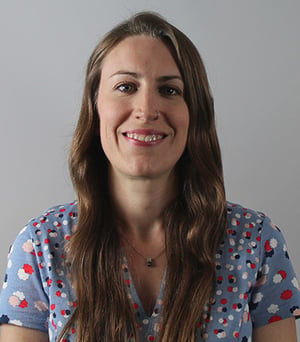 MAP Research Scientist Louisa Thompson, Ph.D. has been awarded a grant to study the effectiveness of a digitized clock as a screening tool for cognitive impairment.

The DCTclock™ is a digitized clock drawing task that is scored using advanced machine learning analytics to detect nuanced information about cognitive performance. The tool seems to be sensitive to certain markers related to early symptoms of Alzheimer’s disease. But until now, no one has studied how those markers may coincide with other cognitive measures and neuropathology over time.

Dr. Thompson is leading a team of researchers at Butler Hospital, Boston University, Rowan University and the Framingham Heart Study (FHS) to do just that. The FHS is an ongoing study that began in 1948 and has followed multiple generations of participants to identify common factors or characteristics that contribute to cardiovascular disease. But along the way, the FHS has also collected decades of data on cognitive function, including digitized clock drawing performance. Over a period of two years, Dr. Thompson’s study will analyze that data to determine how changes in clock drawing performance might vary between individuals with normal cognition and those with Alzheimer’s disease.

“Our main research interest is in finding better screening tools that can be easily deployed in
a range of settings, from the primary care office to community health clinics, to specialized neurological and research settings,” Dr. Thompson says. “The DTCclockTM is exciting because it’s easy to administer. So we’re hoping to see that the performance on this task over time will be associated with changes in imaging data and performance on other cognitive measures over time and perhaps related to genetic risk for Alzheimer’s. This would allow us to validate the DTCclockTM as a screening tool so that it could be used more widely.”

MAP Cognitive Neuroscientist Jessica Alber, Ph.D. has been awarded a grant to conduct a two-year, multi-center study that will evaluate the use of retinal imaging as a tool to predict risk for future development of Alzheimer’s disease.

The retina may provide biomarkers that can detect the earliest signs of Alzheimer’s, even decades before the first symptoms become apparent.

Dr. Alber is partnering with the University of Pittsburgh, Macquarie University in Australia, and the Dominantly Inherited Alzheimer’s Network (DIAN) at Washington University at St. Louis School of Medicine for the study.

DIAN is an international research effort focused on individuals who have Dominantly Inherited Alzheimer’s Disease (DIAD), a rare form of Alzheimer’s caused by an inherited gene mutation. DIAN follows adult children of people who carry the genetic mutation beginning at age 18 and conducts biomarker testing every two years to learn more about the potential biomarkers that may be used to predict future development of AD.

“This study will add retinal imaging to that bi-annual testing to see if changes in the retina do indeed reflect changes in the brain before symptoms become apparent,” Dr. Alber says. “Our goal is to see if a simple and affordable eye exam can be used to detect Alzheimer’s risk in the general population.”

If you're 40+ with normal memory or mild memory loss, you can help in the fight against Alzheimer's. Here's how: butler.org/ALZregistry