When Pastor Howard Jenkins was contacted about getting involved in the Memory and Aging Program (MAP) at Butler Hospital, he hadn’t even heard of the program despite the fact that he himself was caring for a parent living with Alzheimer’s – and that’s just the challenge he was being called upon to change.

Now, under the direction of U.S. POINTER Study Director of Faith Engagement Rev. Dr. Lamonte Williams, he’s leading a critical effort in the Rhode Island area to educate and engage populations who are under-represented in Alzheimer’s research by reaching out through communities of faith.

Pastor Jenkins is President of the RI Ministers Alliance and Pastor for Bethel AME Church in Providence, RI. He also serves on MAP’s Community Advisory Board, and as the faith leader liaison for the national U.S. POINTER study here in Providence. The POINTER study is evaluating whether changing to a healthier lifestyle can help older adults maintain brain health.

But as with virtually all other Alzheimer’s research studies to date, BIPOC (Black, Indigenous, and People of Color) individuals are currently under-represented among the study’s volunteers. That puts them at a disadvantage when it comes to developing methods for prevention and treatment that will be equitable and effective for all. And that’s where the faith engagement model is becoming a game-changer. 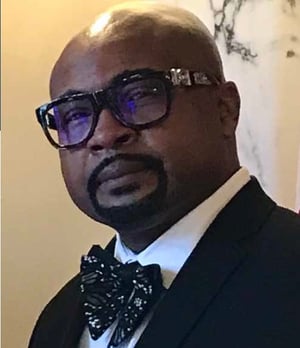 To help solve this problem, Dr. Lamonte Williams worked with the POINTER study’s national coordinators at Wake Forest University in North Carolina to develop a faith engagement model that would be effective in connecting with BIPOC communities.

The model enables and empowers faith leaders to connect with their congregations and communities about Alzheimer’s disease and engage them in participating in the study.

“I have over four decades of faith engagement experience, so I was doing faith engagement before I even got involved in research with Wake Forest,” Dr. Williams says. “I’ve been very fortunate to have had some very successful lessons learned as a result, and I’ve learned that there are some things that just won’t work. I kept a record of those things that worked and what didn’t in a journal, and that compilation has turned into the faith engagement model.”

Dr. Williams explains that the faith engagement model works by leveraging existing relationships, trust and transparency. Those three things, he says, are essential to gaining participation from communities that have been marginalized.

“Know the community you’re trying to recruit,” Dr. Williams says. “As a Black person I know that the Black church is the center of the community, and to not know that is a misstep. Leveraging the trusted voice of a faith leader allows people to open their minds more easily to a topic like Alzheimer’s that has such a stigma attached to it.”

“In order to do that though, it’s also important to be totally transparent and acknowledge past atrocities that communities of color have experienced. The faith engagement model is about acknowledging those past atrocities. Don’t dwell on it, but don’t go in and act like it doesn’t exist or you’ll lose their trust.”

“Also don’t try to over-talk people, or degrade them about their long-held opinions, but give them space to express themselves. Then what I do is pivot to explain that with regard to this study, there is staff that I work with personally that I would recommend to anyone.”

Using the faith engagement model, Dr. Williams was able to increase the percentage of BIPOC participants at the Wake Forest POINTER Study site from 9 percent to 29 percent.

“The national standard for research study participation by BIPOC individuals is 23 percent, but my personal goal is 30 percent,” he says. 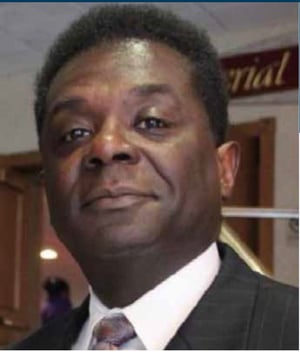 “As faith leaders, it’s important that we’re able to help our community in many different ways and this is one particular way,” Pastor Jenkins says. “When you look at the statistics you see that the black community is two to three times more likely to develop Alzheimer’s than whites, and those in the Hispanic community are one-and-a-half times more likely. And yet they’re less likely to be aware of the disease or participate in research. And if we don’t know and don’t participate, we’re putting ourselves at a disadvantage.”

That’s why, Pastor Jenkins says, he’s so glad to have had the opportunity to meet and work with Dr. Williams and the MAP Outreach team.

“Dr. Wiliams and I had a number of conversations about the U.S. POINTER Study and the faith engagement model. What he has put together is a grassroots, faith-based initiative that works.”

Pastor Jenkins and the MAP Outreach team now have “Chat and Chew” lunches with other faith leaders from around the region to help them learn about U.S. POINTER and ways to educate and encourage their own congregations and communities about Alzeheimer’s disease and the U.S. POINTER study.

Together, Dr. Williams and Pastor Jenkins are now working tirelessly against the clock to achieve equitable representation for the U.S. POINTER Study.

“We’re just getting started here in Rhode Island. In the last three months we’ve trained seven community and faith leaders on how to speak about POINTER within their congregations and organizations which is wonderful, but the window is short,” Pastor Jenkins says.

“The Memory and Aging Program has to recruit a total of 400 participants for the POINTER study and we really want to have a minimum of 14 BIPOC individuals recruited each month in order to ensure equitable representation. That means we need to talk to at least 150 people per month in order to get those 14, because not everyone will be interested or willing, and of those that are, not everyone will qualify to participate. So the more people we’re able to talk to, the better. Our goal is for each of our trained faith and community leaders talk to at least two organizations per week.”

While there aren’t any magic words that can compel people to participate, Dr. Williams says there are a few powerful points that make a meaningful impact.

“Dr. Laura Baker once told me, ‘When I go to the pharmacy, I want to make sure the medicine on the counter is going to work for me, and the only way to do that is to participate in research.’ That idea applies to Alzheimer’s disease research as well,” Dr. Williams says.

“The first people to get an Alzheimer’s cure will be people in an Alzheimer’s research study. So first, I argue passionately with the Black community that times are different now,” he continues.

“It’s imperative that African Americans and other minorities know that this is not the times of the Tuskegee experiment, where treatment for syphilis was purposefully withheld from Black study participants without their knowledge. Studies today are very tightly regulated and supervised by a variety of organizations.”

“But because of that history it’s important to also let people know that the POINTER study has no medicinal requirements at all, it just focuses on improving your exercise and your diet. And that works well because it demystifies the study for people who want to get involved but are concerned about taking shots or pills.”

Lastly, Dr. Williams says that after removing the most common barriers for participation, it’s also important to provide inspiration as well.

“The reason for my involvement was a lady named Esther Sanders. She was my Sunday school teacher when I was in grade school. By the time I graduated with my bachelor’s degree she had severe Alzheimer’s disease. I wanted so badly for her to attend my graduation, but she had no cognitive awareness at all and shortly thereafter lost her battle to Alzheimer’s.”

“It was a very life changing experience. And so I decided that I would get involved in raising Alzheimer’s awareness in honor of her. For me, it was Esther Mae Sanders, but for you who will it be? Who will you get involved on behalf of in order to help make them an icon?”